Chickens, Tortoises and Goats Oh My!

While Gooey is the lone representative of the “Goats” group we hope to expand our herd next year. It did finally dawn on us this evening that Gooey was behaving and not screaming constantly for the first time in about a month, I am pretty sure she just went through her first season. Lexi thought she was just trying to talk to the other goats across the street. 🙂

Ajax on the other hand has 3 sorta siblings hangin out in the brooder tank. They are probably not going to remain permanent residents but they sure are cute. 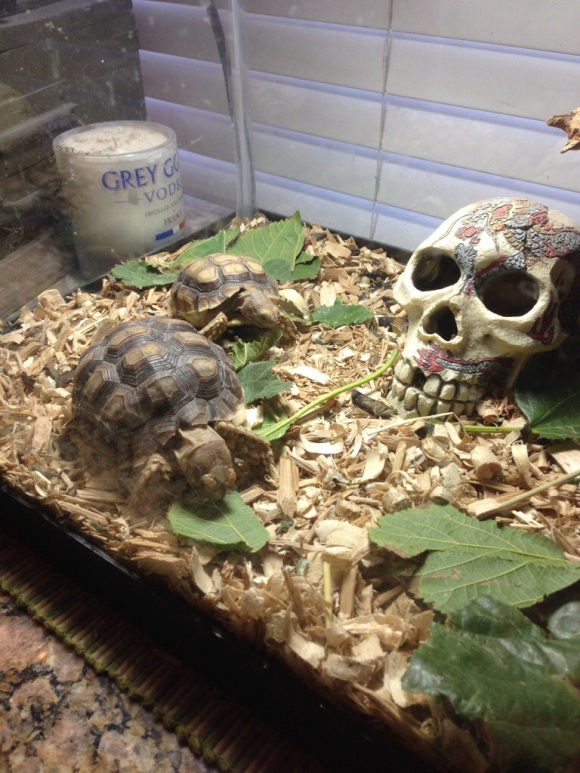 Last week my sister in law brought over a bunch of pumpkins that she had got for free after Halloween. She had cut them in half to get at the seeds and was just gonna throw out the rest. I knew the chickens would like them, especially after they got a bit funky, but Ajax surprised me. He devoured half a punkin in about a half hour! And he didn’t start from an edge, he started chomping right in the middle of the smooth intact outer skin.

My Sweety, Karen, and I have been working on our new to us house up at the Fruity Chicken all year and are getting close to moving. This is quite a big deal for us seeing as how we have been in the same house for 27 years. I think we both though it would be easy because it gets us closer to one of our Granddaughters and gives us more room than we we’ve ever had during our life together. Leaving the little house in the barrio where we raised our three awesome sons isn’t turning out quite like we thought it would be. We will get there though!

Last year I first gave Foddering a try. The concept is very appealing, turning 1 lb of nutritious seed into 5-6 lbs of more digestible highly nutritious fodder by just adding two ingredients, water & time. The system became more and more refined during the winter until I thought I had a fairly efficient system as outlined in my Chicken Fodder post this past January. Over on BYC the thread “Growing Fodder for Chickens” is what got me started on Fodder and the thread is full of fantastic information, but beware it has just reached 2500 posts and is still join strong!

How I began this year

This years Fodder season started up about a month ago when temps finally fell below 80 degrees. Last years setup was working OK but the warm temps and winds dried things out too quick and cut into productivity.

After some thought and a bit of fiddling around I came up with this indoor rack along with slightly modifying my process. 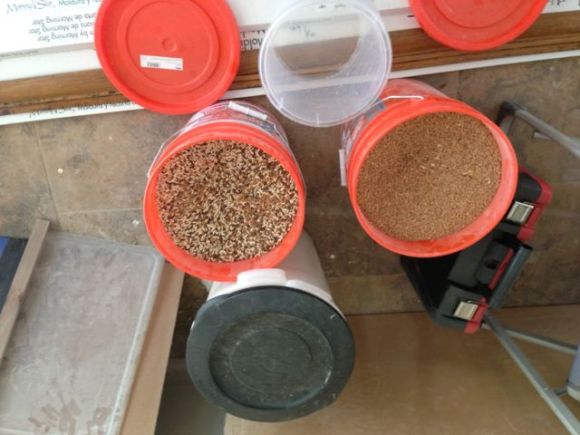 The first ingredient is the seed. Last year I tried several different kinds and have settled on Red Wheat as the primary ingredient and soak mix My Sweety Karen gets me that is mostly safflower. Barley and Oats caused way too many issues with mold last year. 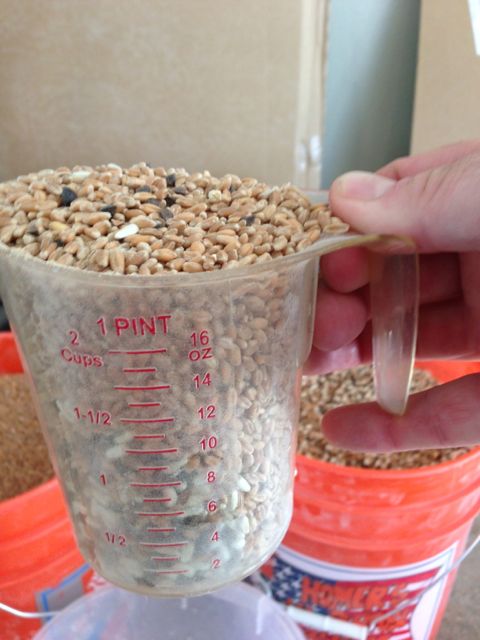 2 Cups of seed go into a pail with water and a splash of bleach to soak for 24 hours. 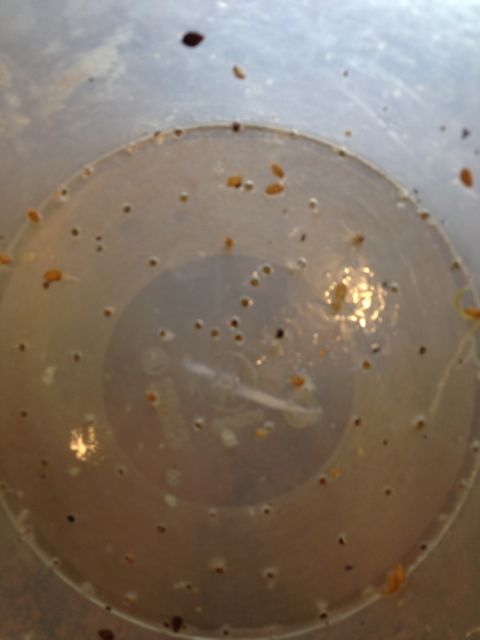 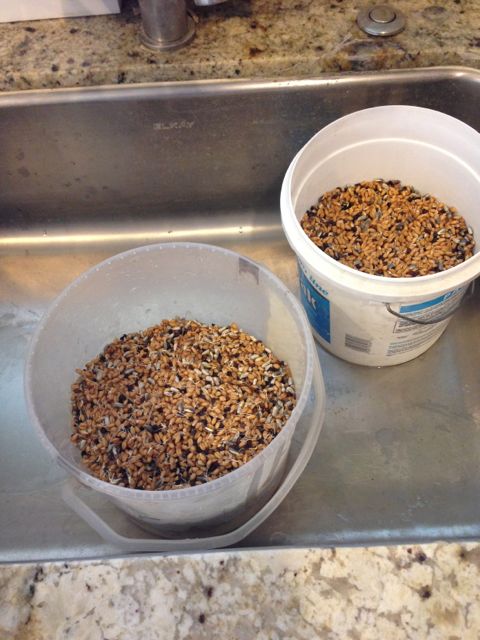 After soaking for 24 hours the seed goes into one of 2 perforated buckets that act as colanders allowing the seed to drain. While in the pails the seed gets rinsed as often as I remember to daily.

After spending 2 days in the colander buckets the sprouting seed gets spread out in the bottom of one of 8 perforated prep trays to be rinsed once a day. The newest tray goes into the bottom of the rack and works its way up to the top as the oldest of 6 trays get used. 2 trays are always empty, I have found that rinsing the used tray out then letting it sit in the sunshine for a couple days has helped cut down on slime/mold issues. 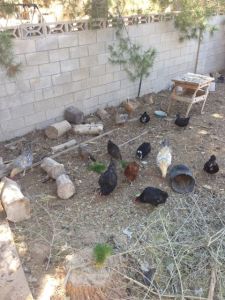 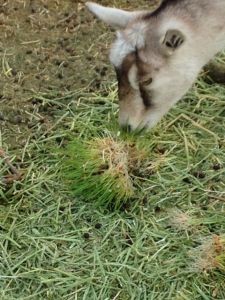 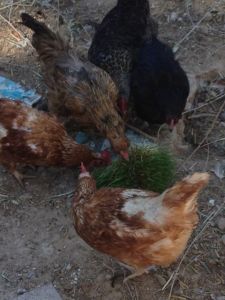 All of our Critters go GaGa over Fodder!